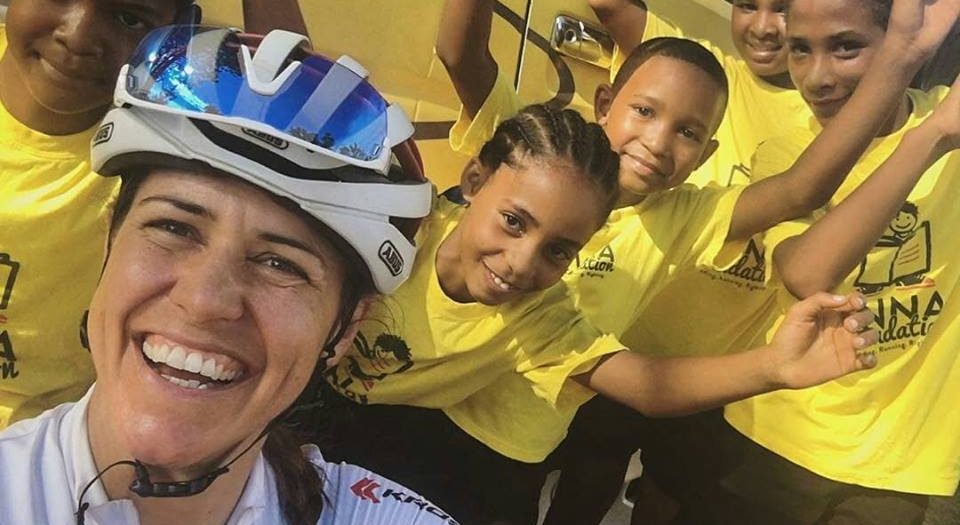 On Monday (25 February), everything played along to transform an ordinary day into the perfect afternoon. The scorching Stellenbosch heat calmed down and was replaced with a cool breeze. Against the picturesque mountain as backdrop, five young Anna Foundation cyclists from the Simonsig after-school met their hero, Ariane Lüthi.

The Swiss superstar is a multiple winner of the most gruelling mountain bike stage races in the world, including the ABSA Cape Epic, the Cape Pioneer Trek and the Swiss Epic.

Initially shy, the children warmed up in no time and had heaps of fun riding the G-Spot trail with their cycling role model. “They embraced the rollers, berms and even had no fear of tackling jumps!” said Ariane.

Ariane also shared her thoughts with us:

“Unfortunately, mountain biking is still not accessible to all. I very much wish to see this change in the next few years! Much like my sponsor Spur, I support any initiative that drives that change in South Africa. Although the Anna Foundation does much more than that, the non-profit organisation also gives underprivileged kids access to bikes and brings them the joy of playing around on them. Today is all about that.”