ShadowBall training at Monteith: Future Springboks in the making?

Home/ShadowBall training at Monteith: Future Springboks in the making? 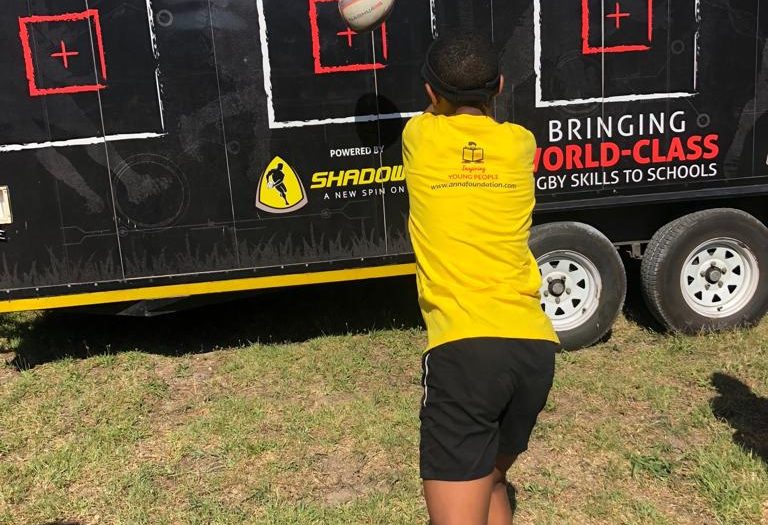 Last week (15 February), Monteith’s after-school children upgraded their rugby skills using the ShadowBall, a world-first in rugby equipment! The four coaches from ShadowBall (Mpho, Carlo, Tsheko and Ismael) transformed what would have been a quiet, hot Friday afternoon into a fun, memorable one that had the kids passing, kicking and moving to the beat.

The training session started with drills, breaking up a normal pass into separate activities. Next, the kids were taught the 360 degree turn, where the ball has to spin all the way before they catch it. Finally, the training progressed to kicking (aiming at the red square) and catching. The lively session was ended off with a timed competition and awesome prizes. Thanks, ShadowBall!

According to Gary Crookes, inventor and MD of ShadowBall, this weighted, half a rugby ball is being hailed as one of the greatest new innovations in rugby. “The ShadowBall is engineered to rebound off any wall and come spiralling back to the passer, enabling rugby players to train solo passing and catching,” he said.