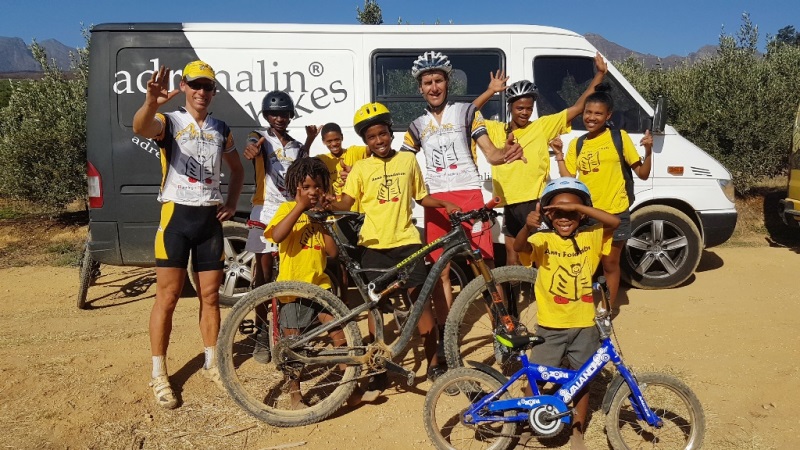 Cycling legend, Willie Engelbrecht has won the Argus Cycle Tour 5 times, he dominated the pro cycling scene in the 80’s and 90’s and holds more than 1000 other titles under his belt! We’re proud to welcome him as our ambassador as he teams up with Anna Foundation Operations Manager (and ex-Springbok cyclist), Pierre-Henri Olivier at the Absa Cape Epic from 19 – 26 March 2017!

It was rather exciting for the children from Buffet Olives and Neethlingshof farms to welcome Willie to our pump track, ride with him and show off their skills in a joint-project bike session recently.

At the end of the afternoon, Willie watched in amusement as the teens took turns riding his super-light Adrenalin bike.
BMX vs. custom-carbon Adrenalin Bikes = BIG difference! 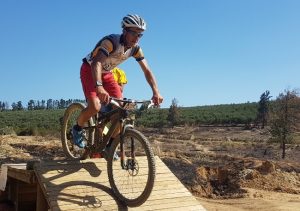 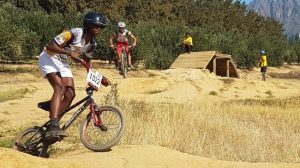 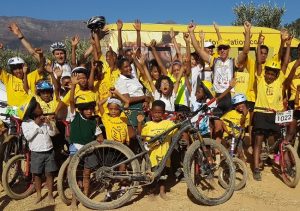