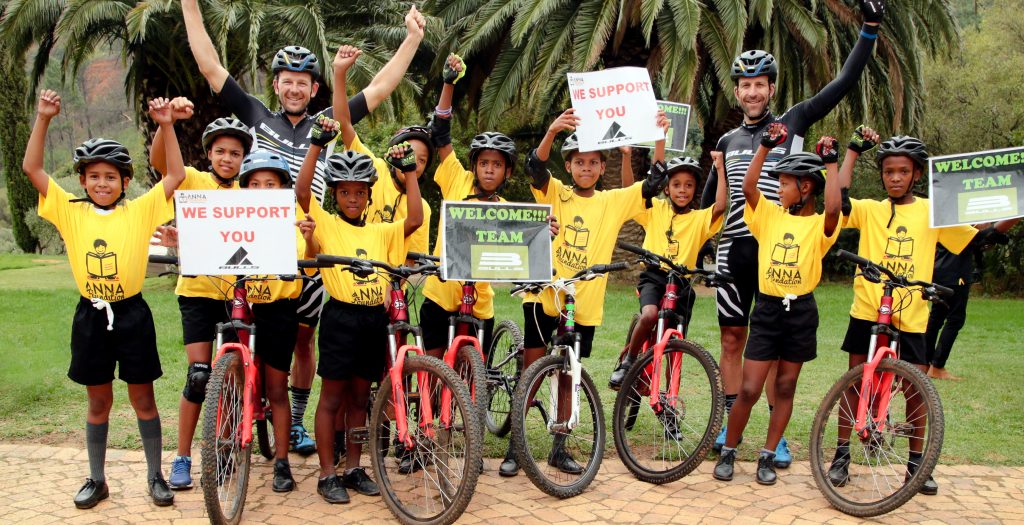 Amidst the hype of the upcoming 2019 Absa Cape Epic, professional cyclists Karl Platt and Alban Lakata of Team BULLS Legends met with the children from our Buffet Olives after-school. We are thankful to these two humble riders for taking time to inspire our children, who look up to them! Also, a warm thanks to Brent Abrahams Wempic Photography for capturing this special event!

Before chatting to their idols, the group of 40 strong performed a song especially prepared for Team BULLS Legends, wishing them luck with the upcoming race.

Soraya Ebrahim, one of the after-school facilitator at Buffet Olives, said:

‘‘This has really been something special for the children, who are also passionate cycling enthusiasts! They loved meeting with Karl and Alban. The Cape Epic team spirit was strong!’’

Germany’s Karl Platt has started every Absa Cape Epic since its inception in 2004 and won five times, while Austria’s Alban Lakata has twice finished second – including in 2018 – and also bagged third, fourth, fifth and sixth over his 10 years of competing in the world’s premier MTB stage race. This powerhouse duo is arriving at the 2019 Absa Cape Epic with serious intent.

Good luck to Team BULLS Legends, Heroes and Youngsters. Our children are Team BULLS’ biggest supporters and will be cheering them on from the sidelines.